Relying on the inherent advantages of safety, energy saving and environmental protection, and taking the express train of the policy of benefiting the people, the emerging air energy water heater industry has developed extremely rapidly. Annual sales had increased 100-fold to 3.09 billion in 2013, and by 2013, sales were estimated to have reached billions.
In terms of the speed of development alone, the current air energy industry is unparalleled in speed, and it is also unmatched by other forms of water heaters. However, from the perspective of the share of the national water heater market, the share of air energy water heaters is less than 10%, which is far less than the share of other forms of water heaters such as gas water heaters and electric water heaters.
In this regard, heat pump veterans pointed out that the market share of the air energy water heater industry is small, mainly due to a series of problems of unbalanced development, such as the polarization of the development of the north and the south, the uncoordinated development of small and medium cities and the first-tier cities in the rapid development. , resulting in the inability of air energy to form a large-scale national market. The specific problems are as follows: 1. Air energy water heaters appear "low temperature and low energy efficiency" in low temperature environments, and it is a difficult problem to enter the cold north; The root cause of this problem is that air energy belongs to an emerging industry, and the technology is not mature in some aspects, especially in terms of energy efficiency ratio improvement and volume reduction in low temperature environments.
At present, many large-brand heat pump companies have realized that the slow upgrade of heat pump technology has become the biggest bottleneck hindering the rapid development of the air energy industry and market development, and has accelerated technological innovation and improvement.
Heat pump experts pointed out that the contradiction between the urgent need for high-tech in the rapidly developing air energy industry and the relatively backward heat pump technology level is the main contradiction that hinders the air energy industry from opening up the market and promotes large-scale development, especially the energy efficiency ratio. Upscaling and downsizing are the most critical. Improve energy efficiency, it is expected to enter the northern market; the volume is reduced, and it is possible to enter large cities. Science and technology are the primary productive forces. If the air energy water heater industry opens up the northern market and the first-tier city market, it can form a national "uniform" market, promote the large-scale development of the industry, and achieve a market of tens of billions of dollars is inevitable.

18th Iran Tehran International Building & construction Industry Exhibition is hosted by Iranian famous Iran Central Chamber of Cooperatives, once a year, which is also a..... 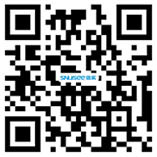